Gold is again a safe-haven investment

Gold rose to a three-week high as the dollar fell to near six-week lows and bond yields sank on uncertainty. Most of the investors became less bearish as a result of the subdued outlook for rates in 2018.

The lack of a concrete policy from the Trump administration is increasing gold's attraction as a safe-haven investment. The commodity was also supported by a further drop in U.S. Treasury yields, with the 10-year benchmark yield dipping below 2.4 percent for the first time since March 1. 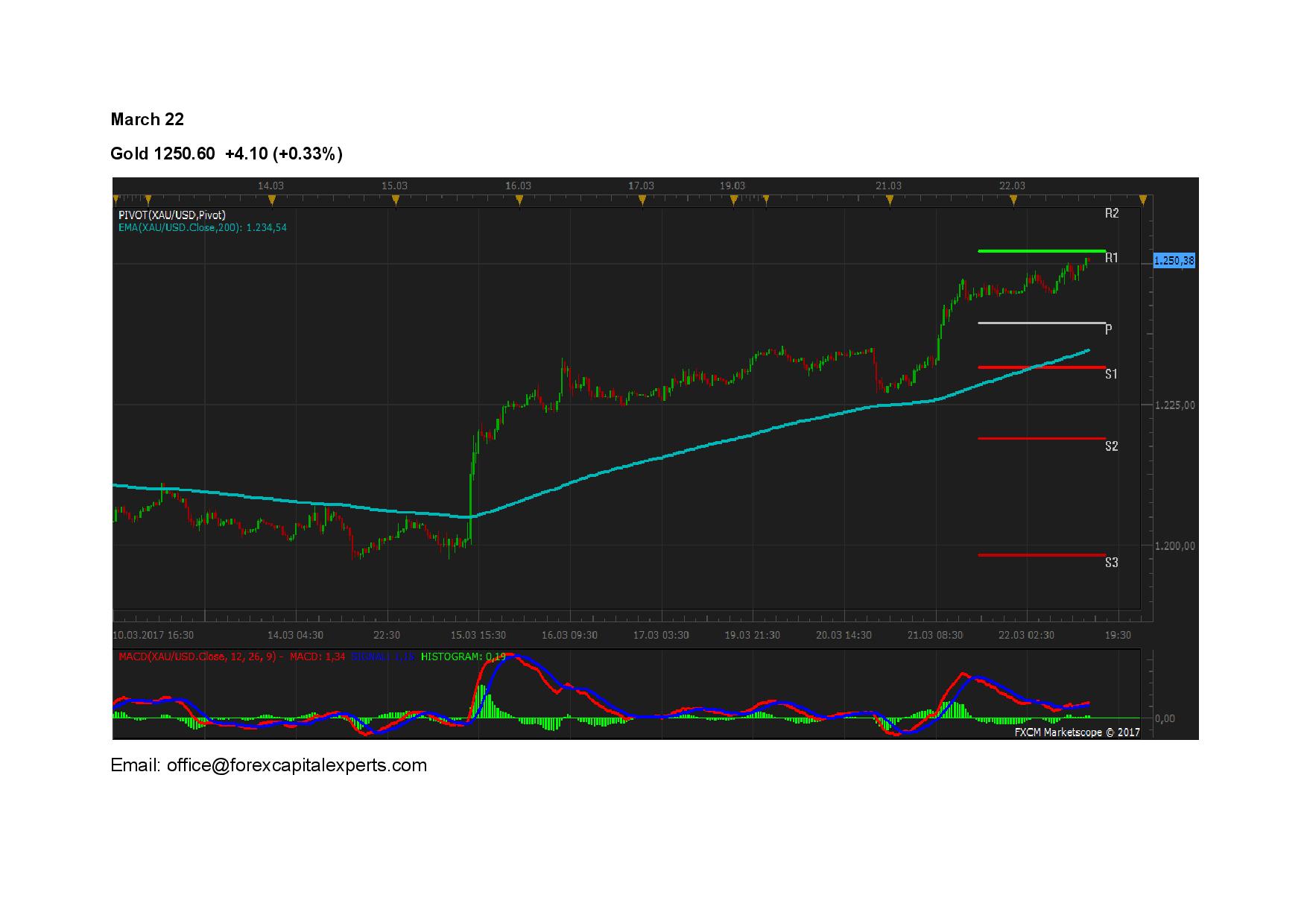 Consumer prices rose by a stronger-than-expected 2.3 percent, the biggest annual increase. February's rise represented the first time in more than three years that inflation topped the BoE's target. The Governor of the Bank of England, Mark Carney, said it was important not to overreact to a single month's data. This is a consequence of the increase in global oil prices and the impact of the Brexit vote on sterling. The BoE has said it expects inflation will peak at 2.8 percent in the second quarter of next year. Most economists say it is likely to hit 3 percent. The BoE underestimated the extent of inflation's rise after the global financial crisis which also caused a sharp fall in sterling. 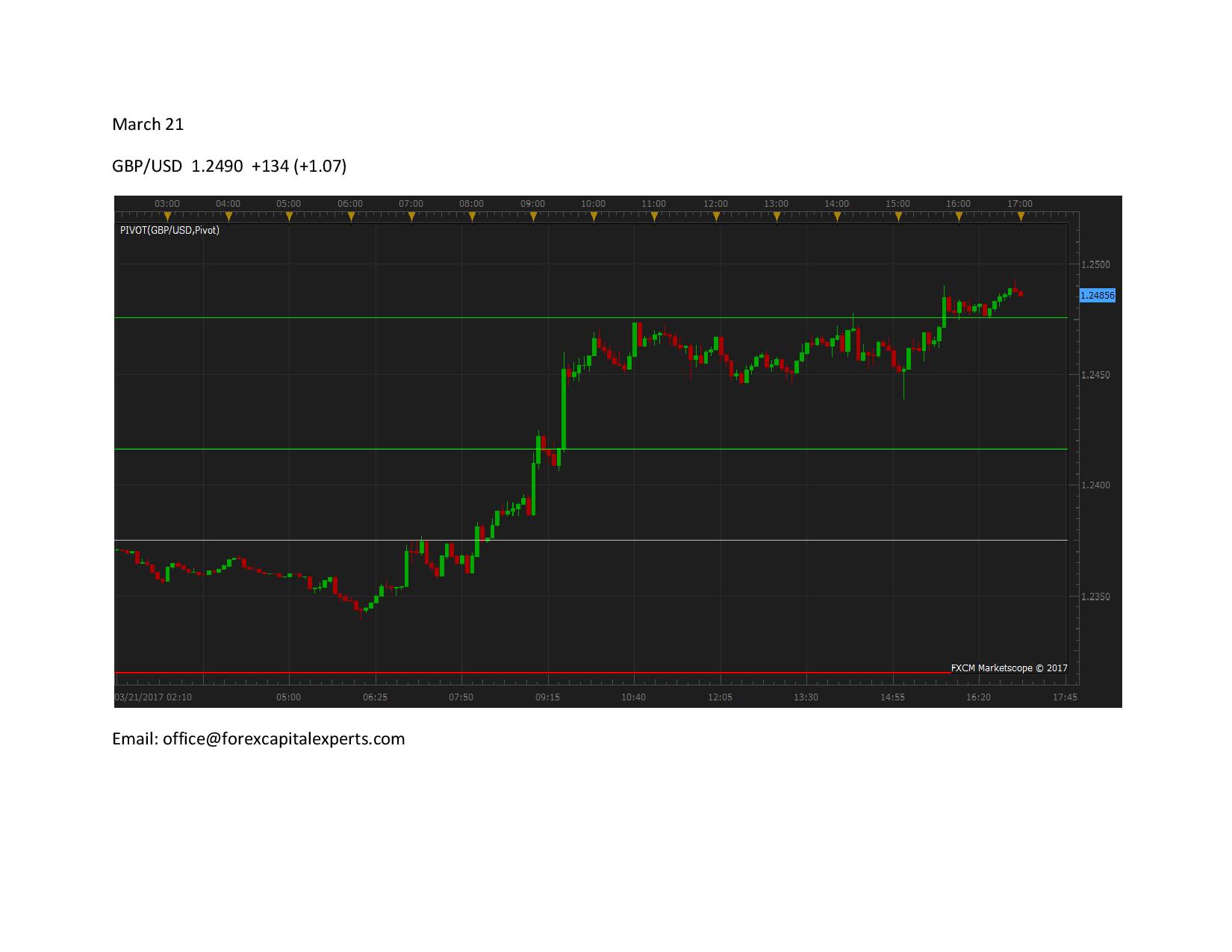 Gold hit a one-week high on Thursday after the U.S. Federal Reserve signaled a cautious stance on interest rate policy this year. The dollar was pushed to its lowest in a month.The Fed has raised interest rates for the second time in three months and there are no signs of inflation.

In a very recent research note, analysts at Bank of America Merrill Lynch highlighted its recent dip but said there were reasons for optimism. "While tighter monetary policy is not bullish, inflation and a range of uncertainties, including European elections and protectionism should support the yellow metal. As such, we see prices at $1,400 (per troy ounce) by year-end". 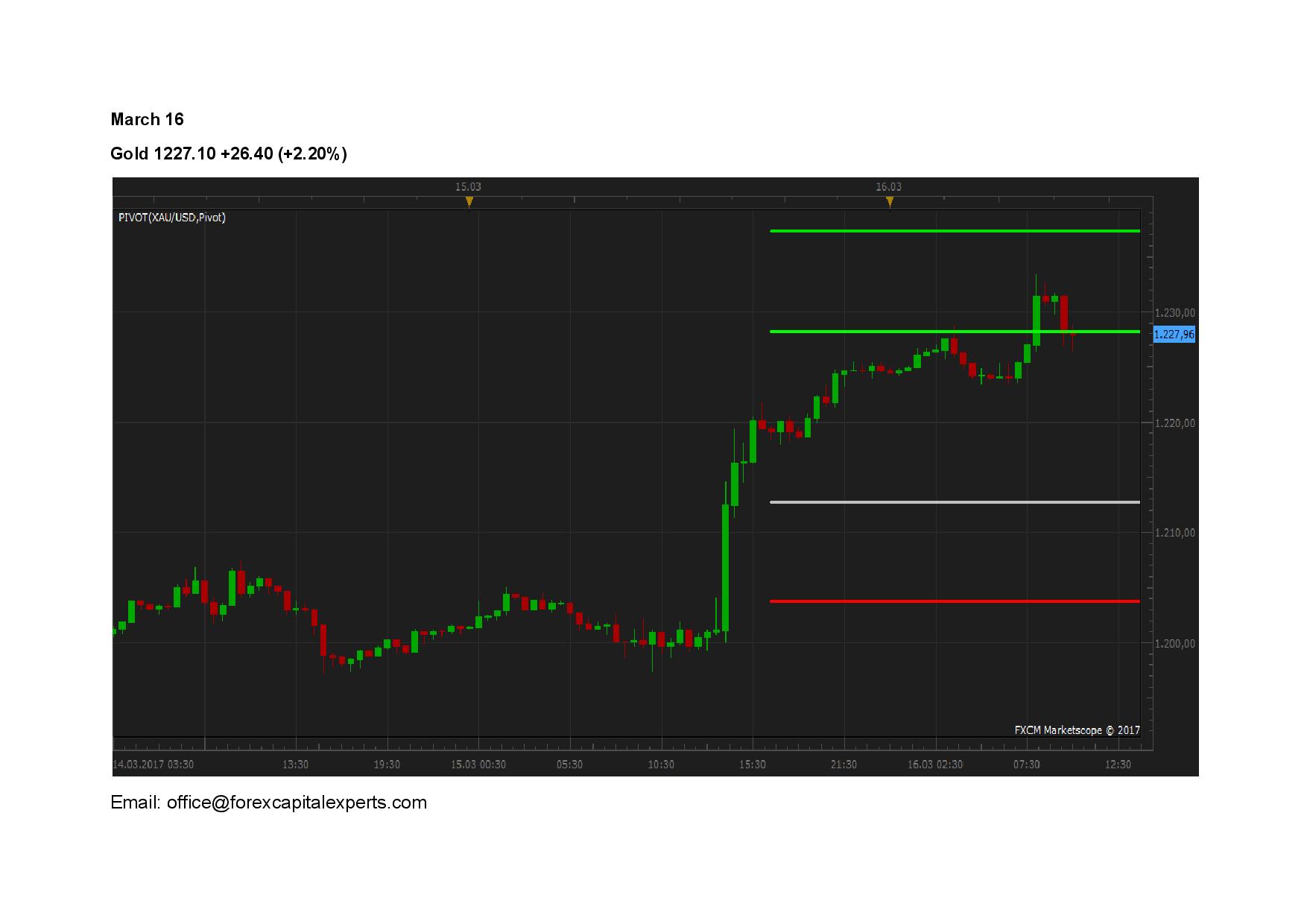 UK jobless rate at lowest since 1975

The U.K. jobless rate matched its lowest since 1975 in the three months through January. Unemployment unexpectedly declined to 4.7 percent, matching the rate it last reached in 2005, according to the Office for National Statistics.

The number of people in work rose by 92,000 to 31.9 million. This is the biggest increase since last summer. The U.K. economy has defied predictions of doom since the Brexit vote, expanding at a robust 0.7 percent at the end of 2016. Bank of England officials meeting this week are expected to keep the benchmark rate at a record-low 0.25 percent. 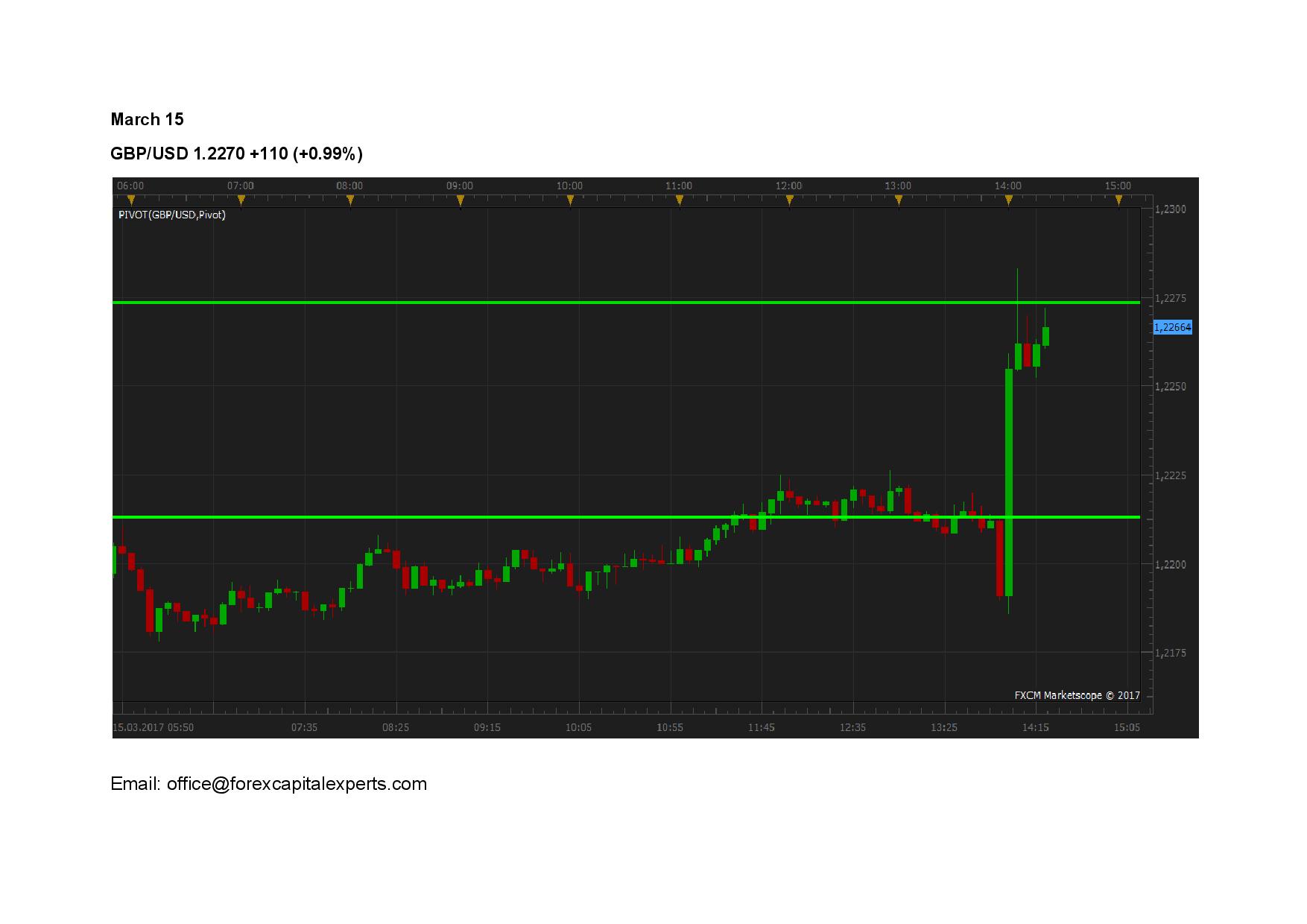 The kingdom told OPEC it boosted production by 263,300 barrels a day last month. At 10.011 million barrels a day, Saudi production is still below the ceiling of 10.058 million a day imposed by the agreement, according to the OPEC report. 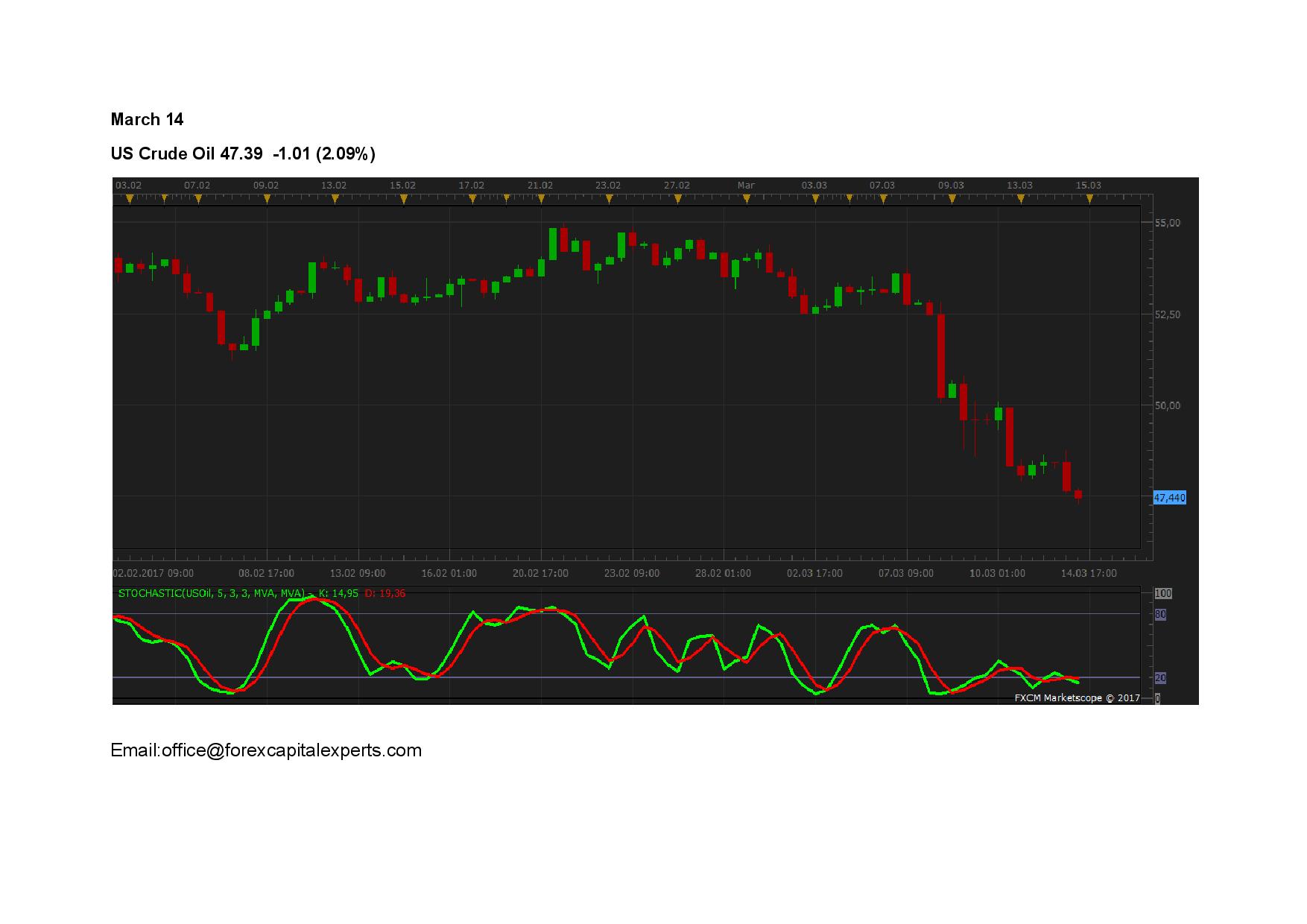 Gold prices finish at lowest level in over 5 weeks

The precious metal dropped to the lowest level in five weeks on Thursday.  Gold’s latest leg down followed the release of better-than-expected U.S. private jobs data midweek. The precious metal has been thrown onto the defensive after Federal Reserve officials talked up the chances of tightening, boosting the odds of an imminent hike.

Investors' on Thursday would remain focus on the ECB monetary policy meeting, which might trigger some volatility in the markets. “Three weeks ago the possibility of a rate hike in March was very small, but now it’s 100 percent,” said Bob Takai, chief executive officer of Sumitomo Corp. Buyers would continue to maintain cautious stance ahead of Friday's key NFP data and the FOMC meeting next week. 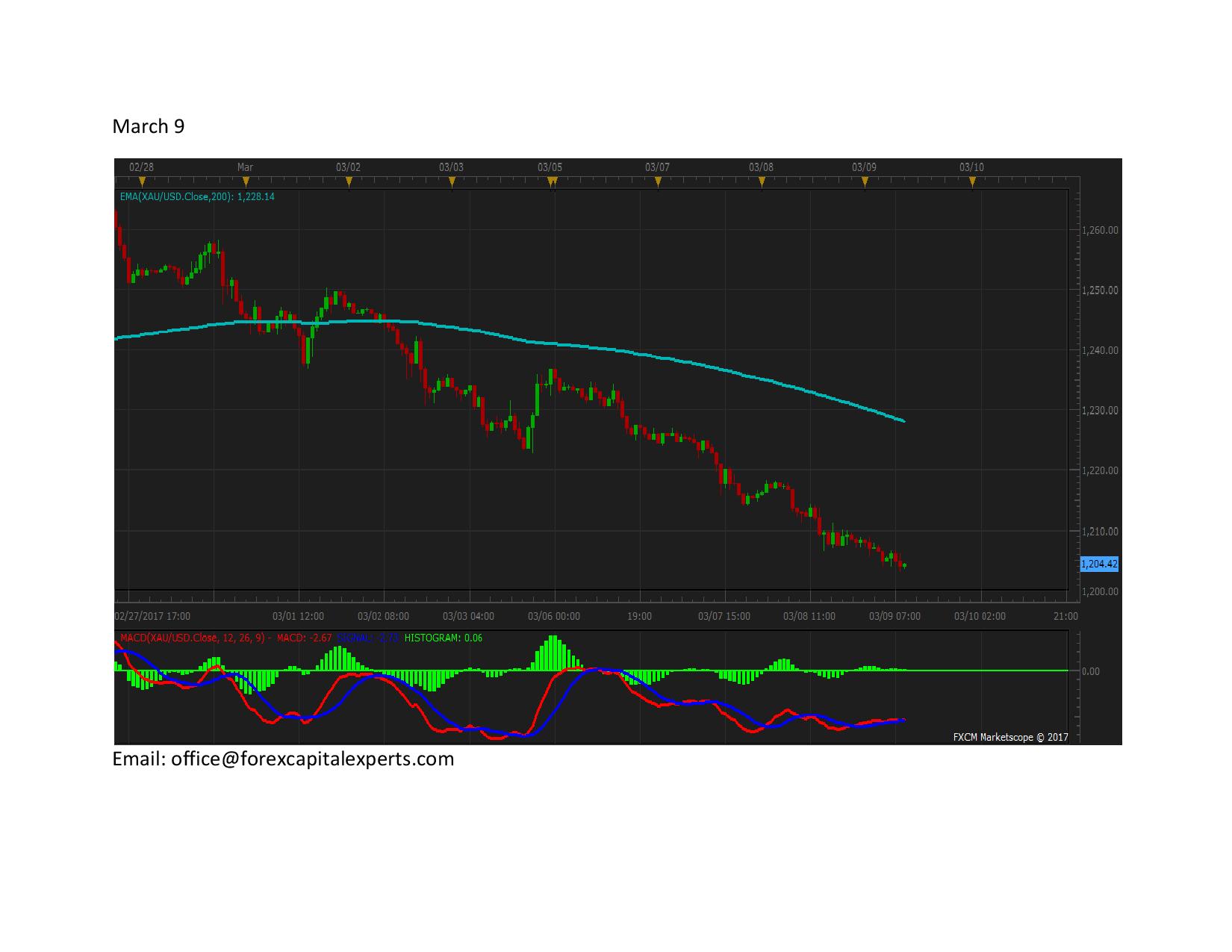 Will the Trump Rally Continue?

U.S. President Donald Trump wanted to boost the U.S. economy with tax relief, an overhaul of the Affordable Care Act and an infrastructure push. In Europe, the construction firm CRH was at the top of the benchmark in mid-morning trade, up by more than 4 percent, after announcing its 2016 results. That place had been taken earlier by the French manufacturer Moncler. 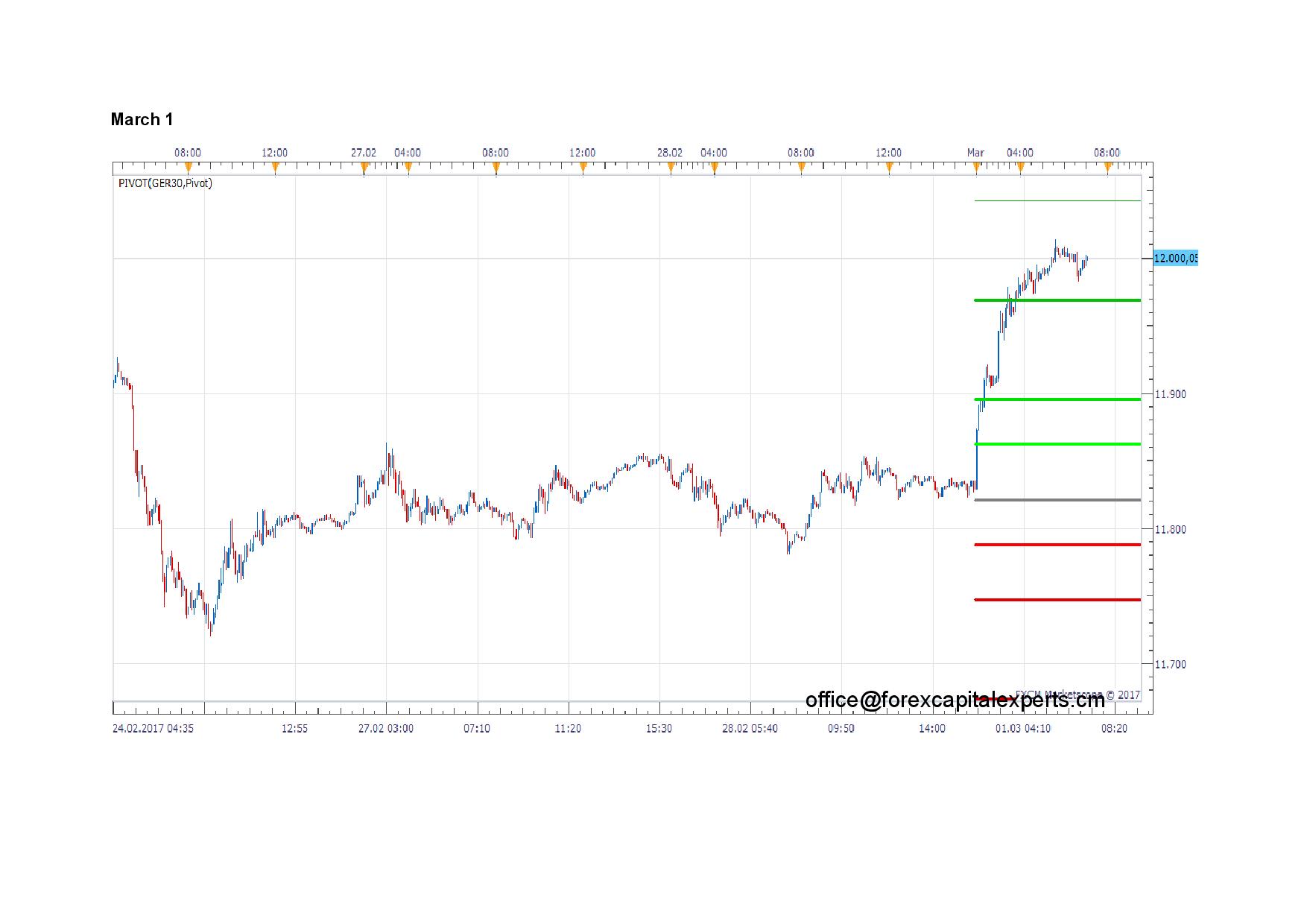 RBNZ chief: A possible inflation shock in the U.S.

New Zealand’s central bank chief warned of a possible inflation shock in the U.S. and much higher interest rates should Donald Trump roll out a program of protectionist policies.

According to Graeme Wheeler, governor of the Reserve Bank of New Zealand, the recent comments from the Trump administration calling for higher tariffs on imports from China and Mexico would only increase prices in the U.S. Also, the U.S. Federal Reserve would be forced to clamp down through tighter policy.

Wheeler added that inflation is expected to return to the midpoint of the central bank's 1-3 percent target band "gradually."

Earlier, New Zealand's central bank held its benchmark interest rates at a record low of 1.75 percent and said monetary policy would remain accommodative "for a considerable period". "Numerous uncertainties remain, particularly in respect of the international outlook, and policy may need to adjust accordingly,"RBNZ Governor Graeme Wheeler said in a statement. 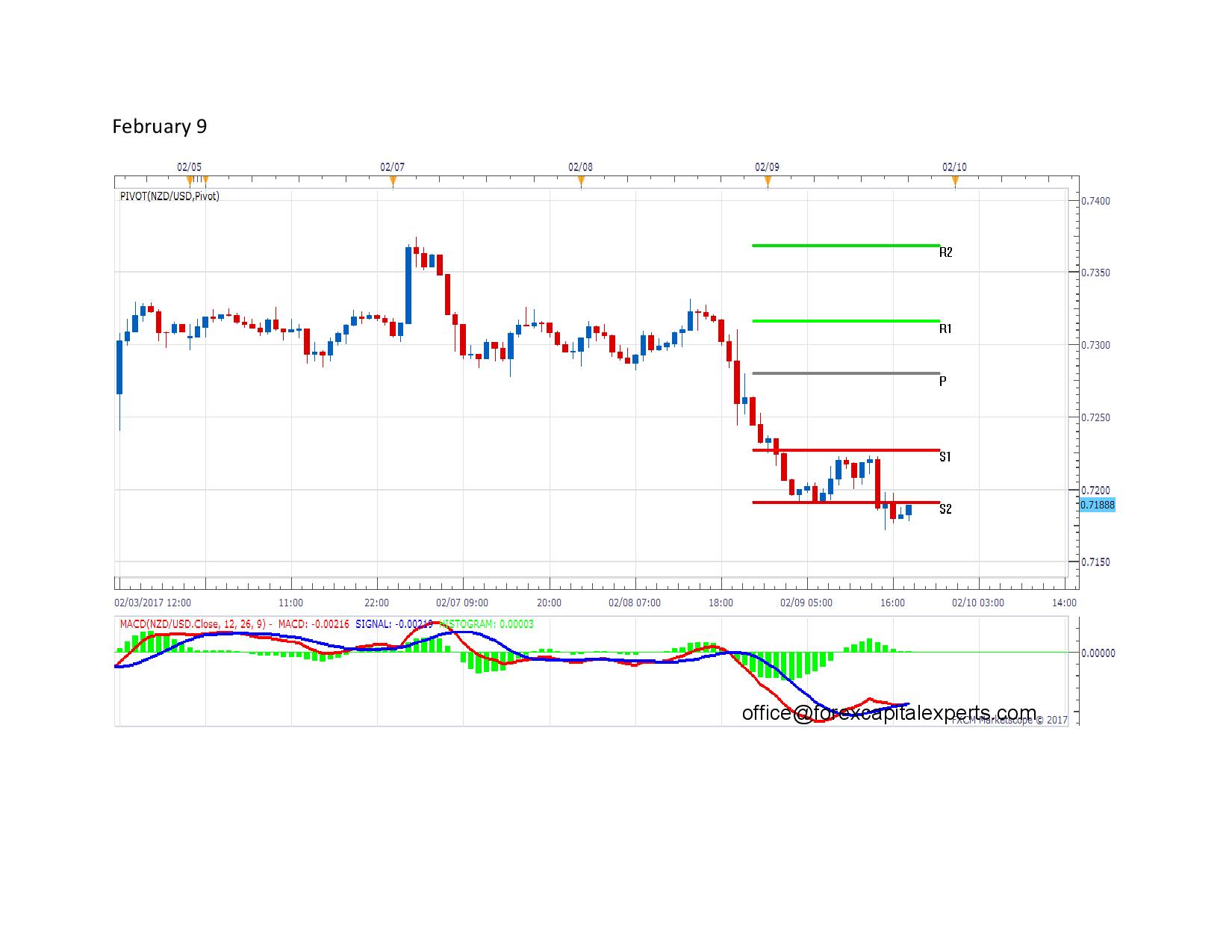 The U.S. economy added 227,000 jobs in January, while the unemployment rate ticked higher to 4.8 percent, the Bureau of Labor Statistics said Friday. Economists polled by Reuters expected payrolls to grow by 175,000 with the unemployment rate holding steady."It's better than expected and much better on the private payrolls," said Art Hogan, chief market strategist at Wunderlich Securities. "When you see the unemployment rate go higher for the right reason, that's a positive". 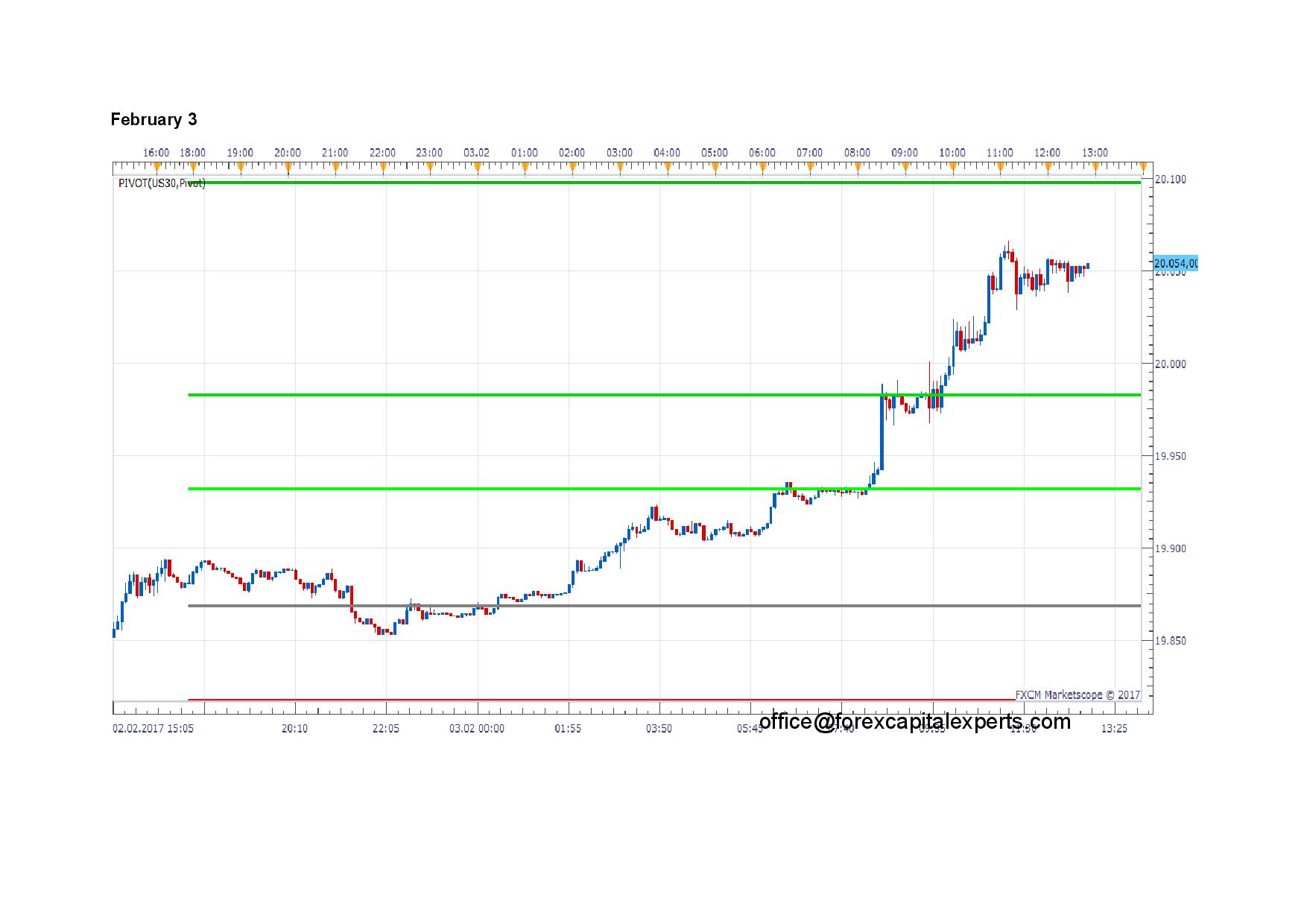 U. S. President Donald Trump, the main driver for Gold

Gold reached its highest level in a week on Tuesday. Spot gold climbed 1.5 percent to $1,213.02 an ounce while futures gained 1.6 percent to $1,215.10. Investors bought bullion after the dollar was hit by U.S. President Donald Trump's comments on currency devaluation by other countries.

”Clearly Trump remains the main driver for gold. He has really turned from being a bit of a foe of gold to a friend with the uncertainty of his policies,” said Ole Hansen, head of commodity strategy at Saxo Bank in Copenhagen. A weaker dollar supported bullion, though traders were also eyeing a two-day Federal Reserve meeting starting later in the day, hoping for clues on the outlook for U.S. interest rates. Higher rates could strengthen the U.S. currency, making dollar-denominated gold more expensive for holders of other currencies, potentially dampening demand.

According to theCommerzbank, gold was also finding support from expectations of higher euro zone inflation.

Spot silver  rose 2.47 percent to $17.53 an ounce after hitting the highest since Nov. 11 at $17.61. Silver has outperformed gold this month, mainly helped by gains in base metals, which have prompted funds to take long positions since silver also has industrial properties, Saxo Bank's Hansen said. 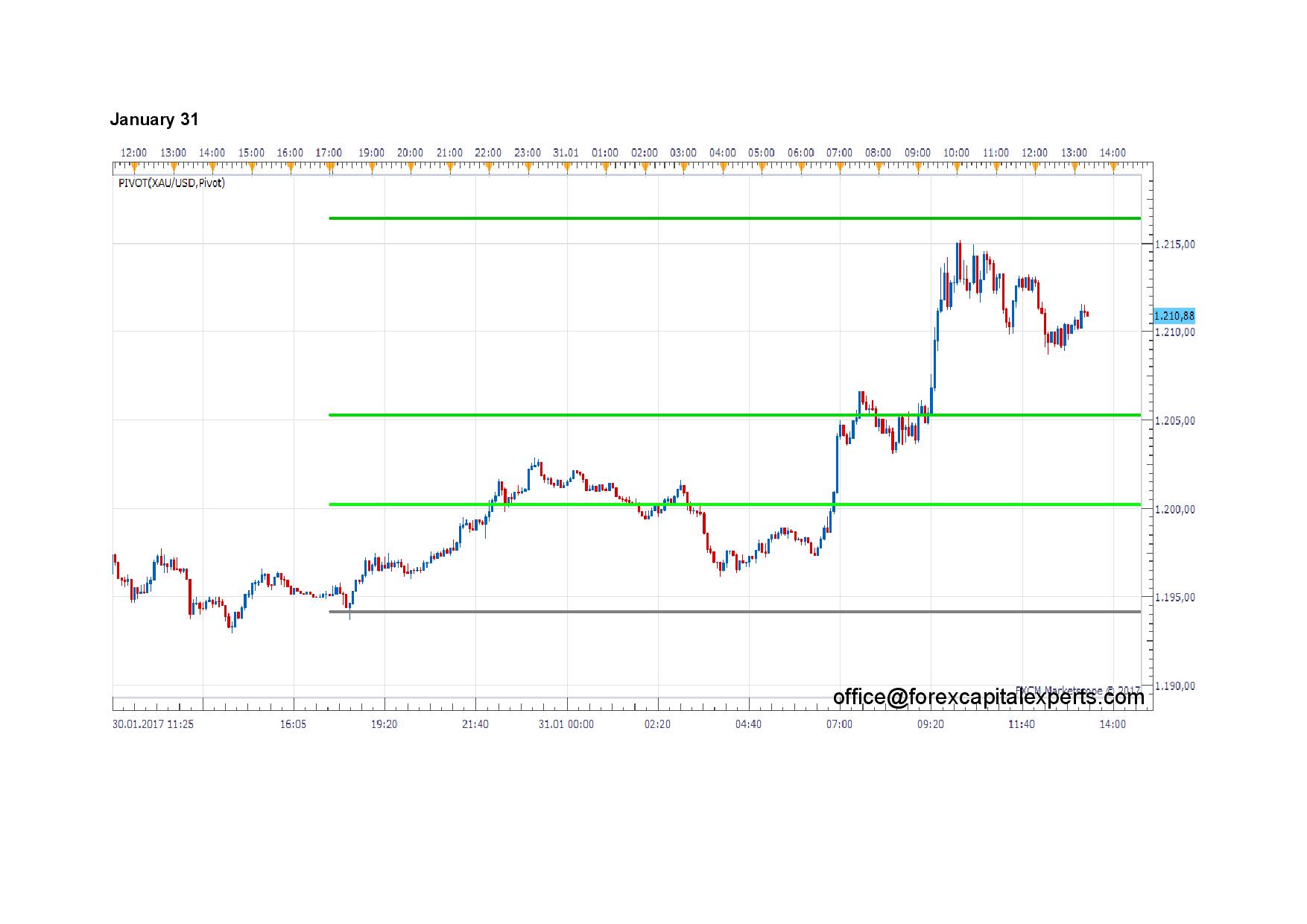